First steps in 3D Modeling after 20 years. A new path

A brief review of three Blender 3D tutorials, from the perspective of a guy who is returning to 3D modelling after almost 20 years.

3D modeling. It’s been a while, but damn it feels good to feel the power of creation again! And by that I mean creating something from nothing. I’m not going down of the memory lane to tell you my story with 3D modelling. Instead, I will make a brief review of the tutorials that got me going again on this road.

This is my first post on 3D modeling, but many more will follow. So bear with me.

Right now, there are a good hand of choices for 3D modelling, for all levels and professions. Also I’m not going make a review or any other remarks of other options than with what I re-ignited my passion for 3D modelling. And that is Blender 3D.

My reasons for taking again this path, are seeded in my need for a smashing way of presenting my 3D digitized models and a new research path: 3D virtual reconstruction. I want to combine 3D digitization with 3D modelling to obtain ‘as-once-were’ models of partially destroyed objects. By all means, this is not a new approach. But I feel like I have to master it in order to move forward.

Blender is a free AND open source piece of software  dedicated to 3D creation. Now, it rivals with established commercial suites (like Maya or 3D Studio) covering the entirety of the 3D pipeline—modeling, rigging, animation, simulation, rendering, compositing and motion tracking, even video editing and game creation. You can find out more about Blender history here.

As I was used with 3D Studio Max in my early days of 3D modelling, trying Blender 2.7 a few years ago was not a great experience. Lacking the motivation needed to push through the unusual user interface (back then) I quickly quit this path. With the 2.8 version (2018) Blender has become more user friendly. In September they just launched version 2.9, even more polished, also having the version 2.83 as long term term support (another 2 years).

Without further blabbering let’s see what I got myself into and how did it help me so far. Was it a good time investment?

Contrary to the trend, my first tutorial with Blender 3D was not the famous Blender Guru’s Doughnut. It was a wooden chair, a tutorial created by the same guy, Andrew Price (Blender Guru).

I was sure that this tutorial would be all I ever needed to get me started on my path. What got my attention was the fact that I would learn how to model using image references directly in Blender. Like importing images from different sides of the object, position them on corresponding axes and … bam! You’re good to go!

It is split in 10 parts summing up to 3 hours and 10 minutes. It pretty much covers everything and is quite fresh (last update, to the time of writing this, was on 10th of August 2020).

Right from the bat you get familiar with several important shortcuts: Shift + A, Ctrl + R, E, 1, 2, 3, TAB … yeah, the absolute UI beginner stuff. Having the key strokes and mouse commands printed on screen in real time really helped in situations when he doesn’t say everything he does. If this is your first experience in Blender, you will find yourself pausing the video a lot of times.

The tutorial might seem complicated but it actually quite simple if you follow the instructions. It has five parts covering different aspects of 3D modelling up to UV mapping, texturing and rendering.

Perhaps the most useful thing I have learned quite quickly was … The Community. Man, this is one awesome community built around Blender. If you read the comments of the tutorial, (of any tutorial) you will find plenty of advice and answered questions regarding obstacles you will most probably meet. No hate, just respect and fun.

Technically what I found most interesting during this tutorial was: Ctrl+Right Click extrude. Overlays -> Face orientation, so that you can detect bad normal surfaces, and correct them with Shift + N. Merging duplicated vertexes with Alt+M. Generating a grid texture to test the UV mapping. These are the main things that I can think of.

After completing this tutorial you will feel like Neo in the Matrix: “I know kung-fu!”.

At first, there seemed that there was nothing to learn from modelling a doughnut. It was not an historical artefact, not a building … so why waste time with it, right? The massive interest of the community and the special Reddit channel dedicated to this doughnut made me curious. And the huge interest was for good reason.

It was so good, Blender Guru actually remade it for the 2.8 version of Blender. This tutorial is split in 4 distinct parts, focused on different topics, summing a total of 23 videos which covers 5 hours and 50 minutes.

It was created for absolute beginners, so the pace is really slow. But it covers the first things to know about the user interface (more shortcut and keys – I just love shortcuts), basic principles of modelling, particle systems, sculpting, transparent objects, liquids, texturing, animation etc. So he basically takes you through everything.

Repeating at a much slower pace all the UI keys and shortcuts, allowed me to learn new ones and to further get used with what I already knew. I also learned a ton of useful stuff. All very important. One would be the proportional editing and re-learning for the n-th time the positioning of the 3D cursor. The list goes on with using particles, the spin tool, liquid refraction, camera depth of field (had a lot of fun here), creating proper animation (keyframes and changing the focus point during objects movements), Branch Path tracing etc.

So yeah, this tutorial is totally recommended to get you started in Blender and 3D modelling in general. It has, like Blender, a fast learning curve. The best part is that you feel like listening to a friend instead of a teacher. That is Andrew Price’s talent.

All fun and games until you are put to the test. By now, I was growing quite confident. Three weeks passed since I started, and my excitement grew exponentially. At first, I had mixed feelings realising that I would rather give away my video games hours than missing the opportunity to continue modelling. After finishing the doughnut tutorial animation I felt like I could do anything. Every object I saw, I could see it’s matrix and I already knew how to model it.

The thing is, as with everything you learn, you also have to do it by yourself. So until now, the tutorials I’ve done had you model only small parts of the scene which went okay. Until this tutorial.

I wanted to improve my skills with interior rendering. Architectural rendering. So I started the Bathroom Interior Architectural rendering tutorial from the same Blender Guru. This is an older tutorial, made in the old 2.79 version of Blender. And its purpose was not teaching modelling but rather using some archiviz plugins (for furniture, walls and windows, doors, etc.) and rendering it.

The tutorial is quite short, 2 parts, and straight forward. If you manage to get over the fact that he uses the old UI, everything is fine.

But for me it turned into a real challenge. For the purpose of the tutorial, Andrew put some archives with the 3D models of faucets, mirror, lamps etc, so that everyone could focus on the tutorial and not stumble on modelling the assets. Not me. I had to model them. And it took me more than a week to finish the whole tutorial just because I had to model every single thing in there. But, in the process, I learned much more than in the tutorial. It was a very good exercise for my modelling. Made many mistakes, corrected them, redo everything and so on.

For the finishing touch I took a personal approach. I used a photo from my own portfolio, you will recognise it from here, for the outside environment. And so, I simulated a midnight scene, which I quite dig, even though it almost hides a lot of details and hard work.

The best thing was that I had to hit my head of all sort of obstacles, which actually pushed me forward. Modelling the faucet was by far the highlight of the tutorial, although it was actually homework.

My purpose with this tutorial was not to achieve professional level in Archviz, but to get me acquainted wit the tools required for this direction. This is essential in my new path. So, using the lights, shadows, reflections, normal maps and glass refraction were the main plus from this tutorial.

Until getting serious about learning Blender, I tried it with what I knew from 3D Studio. So I have worked some rendering even some animations. But doing a well-taught tutorial makes you realise how much time you can save and how better things you can create if you know how to properly use the tools. Doing these tutorials I could feel I was on a right path and that by persevering and dedicating each day 1 or two hours only to learning this, would benefit me in many ways.

More about this new path in future posts. I am pumped with this direction but there is still much to learn. I write another review of some other interesting tutorials I’ve done so far but I can’t wait to show you my own 3D modelling projects.

Please leave your comments and questions in the section below and I will answer them.

Have a great week, and see you next time! Cheers! 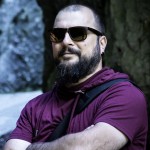 This site uses Akismet to reduce spam. Learn how your comment data is processed.

3D digitization and Web Development services dedicated to cultural operators and artistic individuals. Display your physical collection in an exquisite modern and easy to use way.